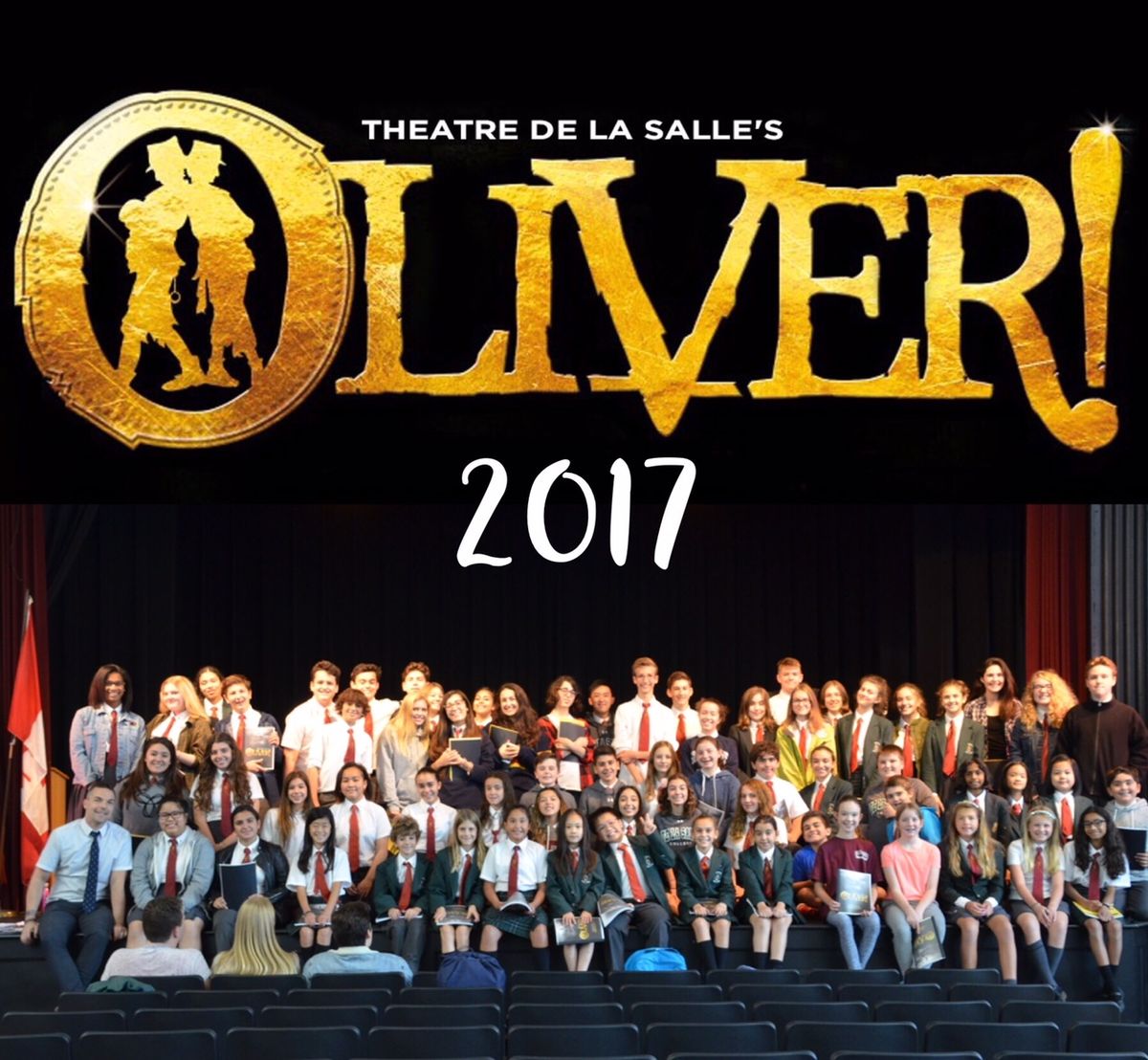 Consider Yourself One of Us this April as Theatre De La Salle presents OLIVER! 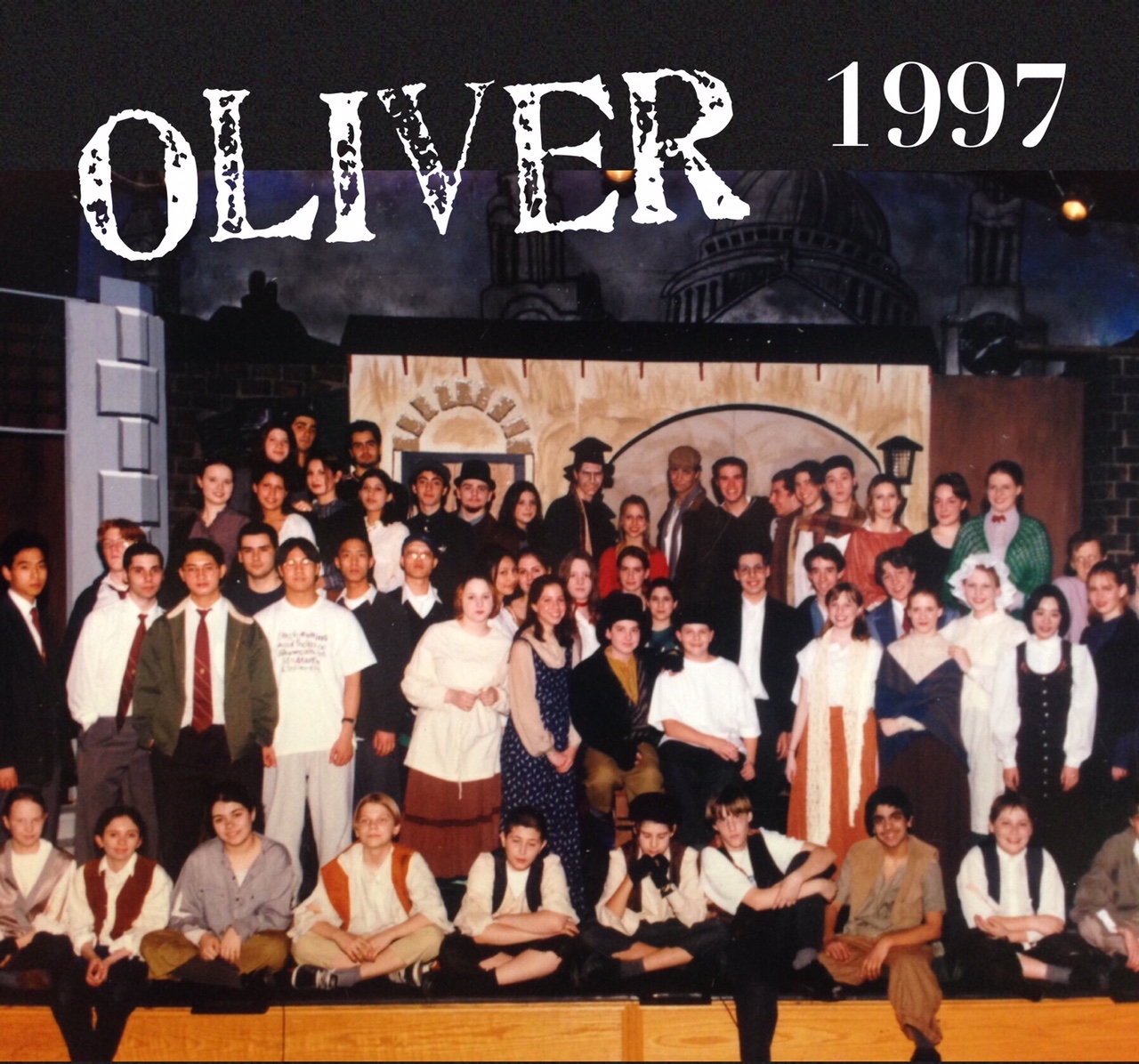 I first fell in love with musical theatre back in 1988, the same year I became a student at De La Salle. That was 30 years ago!

As a child, my dad, the late Fr. Michael Luchka, would often bring me to the school to see the many musicals and dramatic productions. I fondly recall my first musicals - West Side Story (1980), Jesus Christ Superstar (1983), and Man of La Mancha (1985), the Agatha Christie thriller The Mousetrap, and even an adaptation of Bram Stoker's Dracula that featured Grade 12 student Bob Gardner (Class of '87) transforming into a bat which then flew out over the audience. For an eleven year-old, it was magical. As a new student, I looked forward to the prospect of getting involved in the school's celebrated theatre history. "Oaklands" has been making magic by staging plays and musicals since 1951. Last year, Theatre De La Salle staged a 65th anniversary revival of The PIRATES of PENZANCE, the first-ever musical staged in the newly-constructed auditorium in 1952, which saw original cast members make cameo appearances. Now that was treasure! In 1960, my father fell under the theatre spell when he appeared in the production of Oklahoma and, as a teacher at the school, played a role in West Side Story in 1980. In 1988, the year I became a niner at DEL, it was my turn to give it a shot. After years of watching, it was my turn to be watched. But, sadly, I would never see that curtain rise. I missed the opportunity to join the ranks of Lasallian thespians when long-time artistic director, Ben Cekuta, decided to take an extended leave of absence, temporarily suspending Theatre De La Salle productions. It wasn't until the school was re-privatized in 1994, that a new generation of theatre-lovers took to the stage and fresh new talent emerged from the wings. Dedicated teachers stepped up to lead students down the proverbial yellow brick road to the land where all things were possible.

Mr. William Bagshaw, Miss Marianne Kosa, and Mr. Glenn Cherny left their mark on the De La Salle theatre tradition and, quite literally, set the stage for what was still to come.

Seventeen years after graduating, I was invited to join the teaching staff at "Oaklands" and was given the full support of the school's Administration to revive Theatre De La Salle. Joseph and the Amazing Technicolor Dreamcoat launched a whole new era of theatre at the school. The encouragement I received from Br. Domenic and then-principal Mr. Joseph Pupo, was invaluable and helped bring to life adaptations of Back to the 80s, Grease, The Wizard of Oz, and Disney's Beauty and the Beast in the last few years. The current Administration, under the leadership of Mr. Danny Viotto, continues to believe in the value of music and arts education and in providing opportunities for our students to develop and showcase their many creative talents. We do not take this for granted.

Please, sir! We want some more!

Oliver! was first presented on our stage in 1977 under the direction of John McGowan and Ben Cekuta. It was revived twenty years later in the recently-privatized school and directed by William Bagshaw and Marianne Kosa. Now, twenty years later, we're singing "Oom-Pah-Pah" once again with a new generation of student performers begging for MORE opportunities to share their diverse talents under the spotlight.

Consider Yourself in for a treat this April as Theatre De La Salle proudly presents Lionel Bart's OLIVER!

Based on Charles Dickens' classic novel, Oliver! is one of the most successful musicals of all time and has a sensational score that includes such classics as Food Glorious Food, You've Got to Pick-a-Pocket or Two, Where Is Love?, Oom-Pah-Pah, and I'd Do Anything.

The story of Oliver Twist was written by Dickens when he was 25 years old and first published in monthly instalments between 1838-1839 and celebrates its 180th anniversary in 2018.

Our production also coincides with a few other notable milestones related to the musical:

We are also reaching out to former students and cast members of the 1977 and 1997 productions to join us at one of our performances. The theatre provides an excellent opportunity to bring people together: young and old, current student or graduate.

We value our alumni at De La Salle, and particularly those who stepped up and stood out as cast members over the last six decades.

You planted those first seeds that flourished for the next generation of talented performers. For this we offer you our applause and give you a well-deserved standing ovation.

If you, or anyone you know and are still in contact with, were involved with the 1977 or 1997 productions of OLIVER! or any other musical or dramatic production at De La Salle since 1951, please contact Michael Luchka directly at theatre@delasalle.ca

We would love to hear from you!

For all the latest in the world of Theatre De La Salle, follow us on Instagram @theatredls